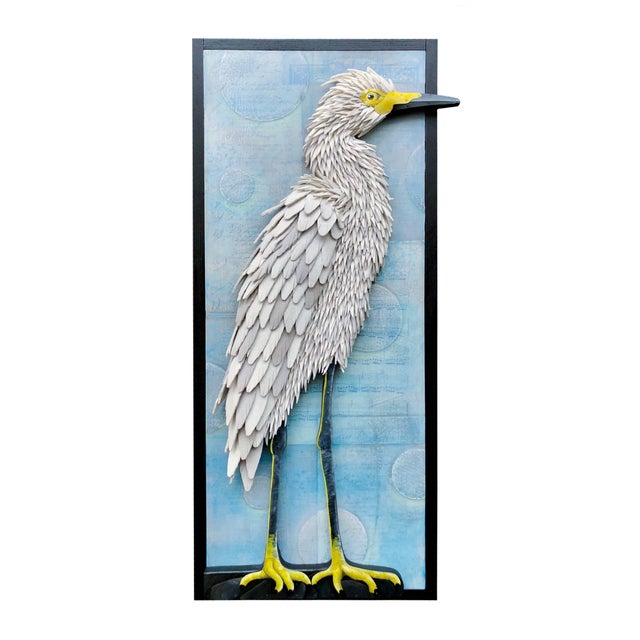 A member of the heron family, the Snowy Egret is known as the Holy Spear due to its striking precision while hunting. Being a wading bird, the egret is common in marshlands and wetlands. Wetlands are a place for breaking down old growth in order for new growth to occur; an egret’s appearance alerts one to change. It symbolizes the need for balance between the mind and emotions. In the early 1900s, 200 million birds were killed annually for their feathers in the millinery trade. Heron and egret feathers were particularly popular, but the Migratory Bird Act of 1918 saved them from extinction. We find it quite ironic that we are now using hatmakers felt to emulate the immaculate white plumage of the Snowy Egret.